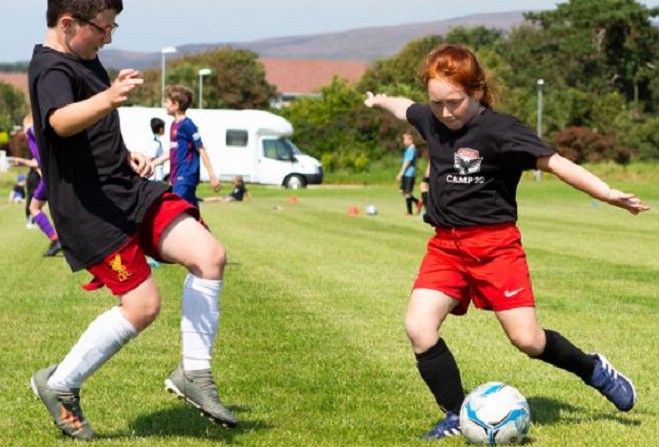 To make up for the cancellation of its Easter workshops, FC IOM is hosting a junior football camp during the TT school holiday.

These camp offers boys and girls between 5 and 12-years-old the opportunity to spend five days with fully qualified coaches, focusing on having fun whilst developing their skills in a safe and ‘Growth Mindset’ geared learning environment.

If you sign up, you'll also get some FC IOM goodies, which can be collected at the camp:

In addition, each participant will receive a digital certificate and a complimentary years membership to the FC Isle of Man Junior Supporters Club.

This entitles the holder access to a limited number of complimentary tickets for each home league game throughout the 2021/22 season when accompanied by a ticket-holding adult.

Ticket sales will begin with a Early-Bird period until 11:30pm on 9 May, during which places can be booked at discounted prices.

You can book places here.

Plans are progressing for further camps later in the year and will be announced in due course.