FC IoM to welcome Cheadle Heath Nomads to The Bowl 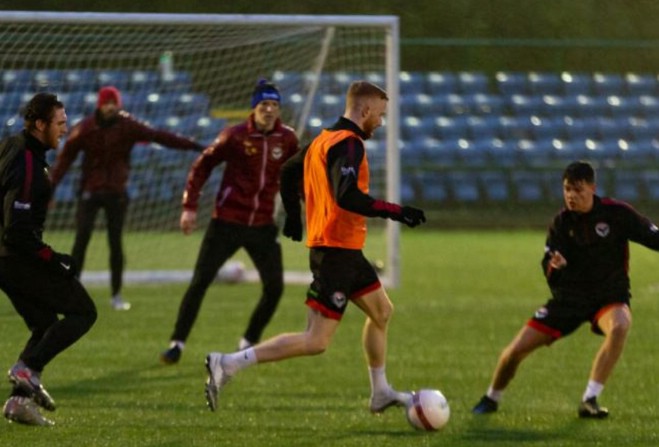 Ravens held to 2-2 draw by visitors back in August

FC Isle of Man will be hoping to repeat the quality they showed in their sensational win last weekend when the welcome Cheadle Heath Nomads to The Bowl this Saturday (5 March).

The Ravens 4-3 victory over West Didsbury & Chorlton last time out (26 February) means they've taken 28 points out of a possible 30 in their last ten games and currently remain undefeated in 2022.

As a result, the Manx side sit second in the NWCFL Div 1 South table.

They sit two points below West Didbsury & Chorlton at the top and eight  ahead of Abbey Hey in third, with FC IoM having played two games more than both those sides.

Sean Doyle is continuing his red-hot form in front of goal for FC IoM which has seen him net ten goals in the last eight games, and he remains the league's top scorer with 36 for the campaign so far.

The last time The Ravens faced Cheadle Heath Nomads ended in a 2-2 draw at the ProSeal Stadium back on 21 August, with goals from Cameron Avery and Luke Murray securing a point.

Meanwhile, Cheadle Heath Nomads will travel to the Island this weekend tenth in the league standings.

The visitors will be hoping to bounce back from a 2-0 defeat to 19th-placed Rocester in midweek (1 March) which followed an impressive 3-1 win against Sandbach United last weekend (26 February).

The Cheshire-club also recently became one of the few sides to take points off league-leaders West Didsbury & Chorlton, securing a late 1-1 draw with them on 17 February.

Nomads also have two strong attacking options of their own this season, with Daniel McLaughlin and Kyle Foley having amassed 34 league goals between them so far.

FC Isle of Man vs Cheadle Heath Nomads will take place at The Bowl this Saturday (5 March) kicking-off at 6.30pm.