On Air Alex in The Afternoon Alex Brindley | 3:00pm - 5:30pm
George Ezra - Dance All Over Me Download 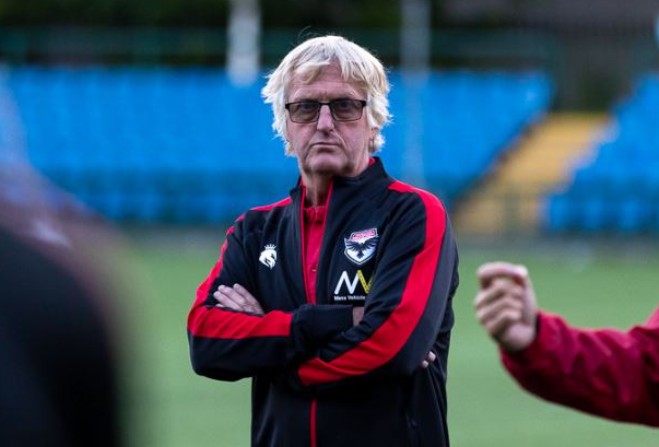 FC Isle of Man will be hoping to get back to winning ways when they face Barnoldswick Town in the NWCFL Premier Division tomorrow evening (3 September).

The Ravens are back on Manx soil after four away games on the bounce with Saturday's clash kicking-off at The Bowl at 6pm.

The Island side have suffered back-to-back defeats in their last two games at Congleton Town and AFC Liverpool.

Manager, Chris Bass, told Manx Radio it could take only one or two key moments going forward for them to start tasting victory again:

Going into the weekend, FC Isle of Man sit 11th in the NWCFL Premier Division out of the 22 teams in total - having won three and lost four in their opening seven games.

In front of goal, Jack McVey has enjoyed a good goalscoring run for the Ravens in recent games, having netted three times in his last four appearances.

Meanwhile, their opponents this weekend, Barnoldswick Town, sit just above FC IoM in the table in ninth position on ten points, one better off than FC IoM as it stands.

The Lancashire side have three wins, one draw and three defeats so far - their last outing saw them lose 5-3 in a thrilling encounter at home to Prestwich Heys.

However, before that they'd been unbeaten in their previous three outings with a win and draw in the league against Burscough (3-2) and Charnock Richard (2-2) along with a 1-0 win last weekend (27 August) against Blyth Town in the FA Vase First Qualifying Round.

Among their threats in front of goal are Kuda Chingwaro and Eli Hey who both have four goals to their name so far.

One notable absentee for the Ravens for the visit of Barnoldswick Town to The Bowl this Saturday will be midfielder Jack Camarda who is unavailable.

However, forwards Adam Mealin and Luke Murray return to the fold this weekend to boost options up front along with Shaun Kelly who could make his first home league appearance for the club.

Sid Batty also keeps his place in the squad after an eye-catching display against AFC Liverpool.