FC Isle of Man back in action this weekend 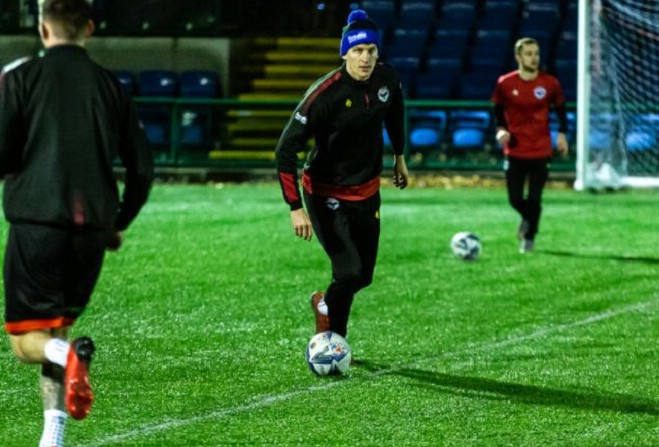 After a weekend off, FC Isle of Man return to league action this weekend (4 December).

The Ravens welcome Alsager Town to The Bowl this Saturday.

The Manx side's game against New Mills which was originally scheduled for last weekend (27 November) was postponed late last month.

It's understood that game will be rearranged for a later date.

FC IoM will go into their latest clash on a six-game unbeaten run, winning five of those.

However it required a last-gasp equaliser in their last contest against Maine Road on 20 November which ended in a 2-2 draw at The Bowl.

As it stands, the Ravens sit fifth in the NWCFL Div 1 South table on 41 points, just inside the play-off places and three points clear of sixth placed Cheadle Town.

Meanwhile, Cheshire-based Alsager Town go into tomorrow's fixture with 23 points from 21 games so far and sit 15th in the league standings.

The visitors have secured back-to-back wins in their last two matches.

They were a 2-1 win over Brocton on 20 November and a 7-0 thrashing of bottom-of-the-table St Martins last weekend (27 November).

FC Isle of Man vs Alsager Town will kick-off at 6.30pm at The Bowl this Saturday, 4 December.

Manx Radio will be providing full commentary of the game on the AM1368 and Digital platforms.