On Air Night Flight | Midnight - 5:00am
Hoobastank - The Reason Download 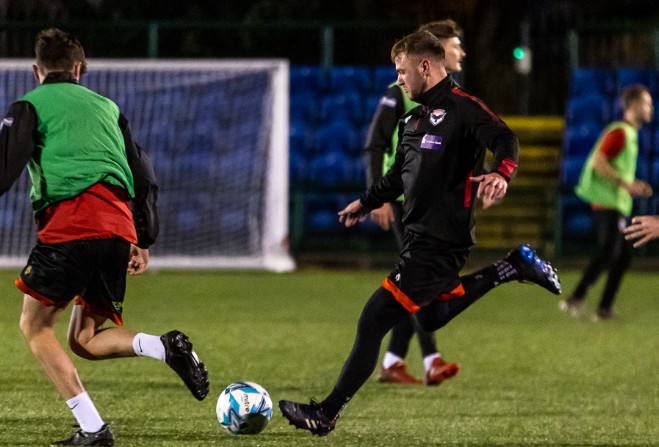 A tough home test awaits for FC Isle of Man this weekend when they welcome Charnock Richard in the NWCFL Premier Division this Saturday (26 November).

The Manx side are hoping to recover from back-to-back losses in their last two games.

They'll also be wary of the quality of Charnock Richard who beat the Ravens 5-1 at Mossie Park back on 1 October.

FC IoM Manager, Paul Jones, has suffered losses in his first two games in charge of the side.

He explains what his squad's been working on to turn things around this week:

FC Isle of Man head into the weekend having lost three matches on the bounce in all competitions.

The most recent of those was a 3-0 loss in the league last weekend against Winsford United.

The Island outfit currently sit 19th in the NWCFL Premier Division with 17 points, eight points clear of the relegation zone.

Meanwhile, their opponents this weekend, Charnock Richard, are maintaining a steady pace in the league currently.

They're tenth in the standings and nine points better off than FC Isle of Man.

However, they themselves are also looking to avenge consecutive defeats in their last two outings.

A loss to FC St Helens of NWCFL Div1 North on penalties in the second round of the Macron Cup last weekend (19 November) was followed by a 3-0 defeat away to Northwich Victoria on Wednesday night (23 November).

FC Isle of Man vs Charnock Richard takes place at The Bowl this Saturday at the earlier kick-off time of 1pm.

Defender, Jamie Corlett, has returned from a foot injury so will add some defensive options with Karl Clark and Lewis Roberts unavailable.

Dan Simpson continues his long-term injury recovery to be named in the squad again this week whilst youngster Dominic McHarrie-Brennan is also called up.

The attacking threats of Luke Murray and Tom Creer will also be added to with the inclusion of Furo Davies once again.