FC Isle of Man start 2022 with win over New Mills 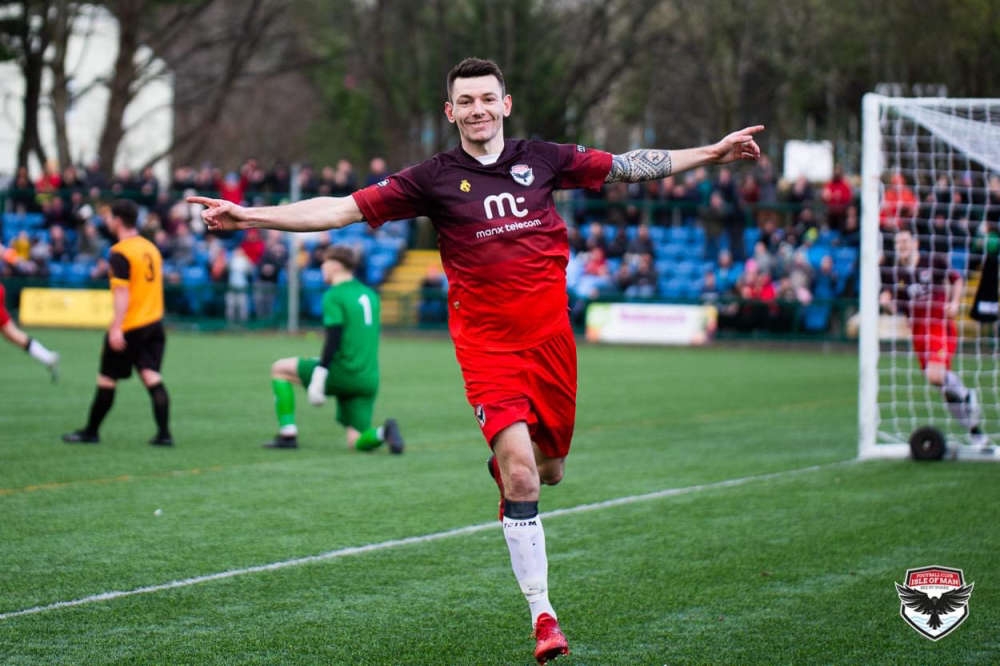 FC Isle of Man made the perfect start to 2022 today (3 January) with an assured 2-1 victory over title-chasing New Mills at The Bowl this afternoon.

The Ravens came into today’s clash hoping to bounce back from defeat in their previous match and looking to keep their place in the NWCFL Div 1 South play-off positions.

Meanwhile, Derbyshire-based New Mills came to Manx shores second in the table and chasing the top spot in the division.

Much of the opening stages of the first half were a cagey affair with both sides keen to avoid mistakes.

It took a moment of magic to break the deadlock on 26 minutes, as FC IOM Man Ste Whitley cut in from the right flank to curl a sublime effort into New Mills goalkeeper Luke Southerington’s top right corner.

With a lack of many clear cut opportunities for either team following that, the Manx side went into the half-time break with a slender 1-0 lead.

Into the second period, and New Mills started with greater intensity and were rewarded for their efforts seven minutes in.

’The Millers’ top scorer, Joe Bevan, grabbed his 18th goal of the campaign after latching onto a neat through ball down the left before striding into the penalty area and cooly slotting a low left footed effort past FC IOM stopper, Matthew Quirk, into the far corner to make it 1-1.

A counter-attack following a New Mills corner saw Sean Doyle feed through Lee Gale down the right wing before Gale drilled a right footed strike across Southerington which cannoned in off the post to put the Island side back in front.

A slightly tweaked FC IOM defence then continued to frustrate their opponents for the remainder of the second half, restricting New Mills to very few clear openings.

Arguably, the closest the Derbyshire outfit came to breaking the Ravens’ resilience was with nine minutes remaining as Darren McKnight’s free kick from the edge of the penalty area was comfortably tipped over the crossbar by Quirk.

Ultimately FC IOM were able to hold out for a hard-fought 2-1 victory which keeps them inside the league play-off positions.

The Ravens’ next game will be against Wythenshawe Amateurs at The Bowl this coming Saturday (8 January).

Man of the Match: Lee Gale (FC Isle of Man)