FC Isle of Man to welcome Padiham to The Bowl 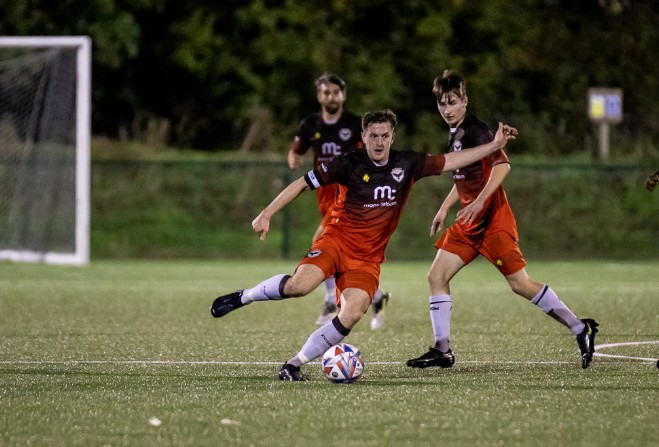 Ravens hoping to build on emphatic comeback win in midweek

FC Isle of Man will be aiming for success for the second time this week when they face Padiham at The Bowl in the NWCFL Premier Division this Saturday (8 October).

The Ravens are coming off the back of an emphatic comeback victory against Burscough in midweek (4 October) where they bagged an enthralling 7-4 win.

Along with two wins from their last three in all competitions, FC IoM have already tasted victory against their latest opponents earlier in the campaign.

A Jack McVey penalty back on the 23 August saw the Manx side beat Padiham 1-0 at the Ruby Civil Arena.

FC Isle of Man sit 17th out of 22 sides in the league table going into tomorrow on 13 points.

However, Padiham are expected to provide a stern test on Island given their recent form.

The Lancashire side have endured back-to-back defeats in their last two games against Holker Old Boys in the FA Vase second qualifying round (24 September) and West Didsbury & Chorlton in the league (4 October).

However, 'The Storks' had previously enjoyed a seven-game unbeaten run in all competitions until that point, winning six of those.

Padiham's Joel Brownhill also boasts one of the top goalscoring records so far this season with 11 goals to his name.

Only Benjamin Elliott of West Didsbury & Chorlton (14) and Matthew Bryan of Wythenshawe Town (12) have more league goals so far.

FC Isle of Man vs Padiham takes place at The Bowl this Saturday (8 October), kicking-off at 6pm.