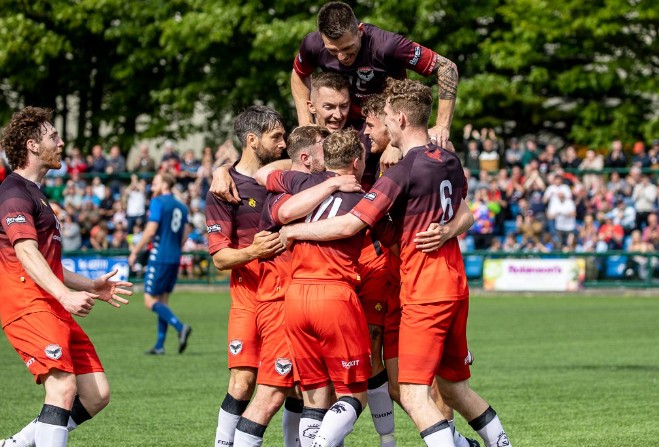 Ravens to start 2022/23 campaign at home against Lower Breck

FC Isle of Man's first fixtures for the new NWCFL Premier Division 2022/23 season have been announced.

The NWCFL has confirmed who the Ravens will be playing on the opening day of the campaign on 30 July as well as the Manx side's games taking place in August.

FC IoM will start their season on home soil on Saturday, 30 July when they face Lower Breck at The Bowl, kicking-off that evening at 6pm.

After that, the Island side have six fixtures penned in during August, four of which will be midweek games away from home.

The August schedule will start away at Litherland REMYCA on Wednesday, 3 August, at 7.45pm.

That'll be followed by a trip to Vauxhall Motors on Tuesday, 9 August, also at 7.45pm.

The Ravens first home game of August then beckons on Saturday, 13 August, against Ashton Athletic at 6pm.

Two more midweek away fixtures then follow on Tuesday, 16 August and Tuesday, 23 August against Congleton Town and Padiham respectively, both with a 7.45pm kick-off.

The Ravens August schedule is then rounded off with an away tie against AFC Liverpool at 3pm on Saturday, 29 August.

The club says, due to ground sharing arrangements in the Northern Premier League, the remaining matches for the season will be announced in due course.

FC IoM is also emphasising the away games announced remain subject to full confirmation, and supporters should bear this in mind before making travel arrangements.

Tickets will also be released in due course.

The schedule for July and August is also listed below: