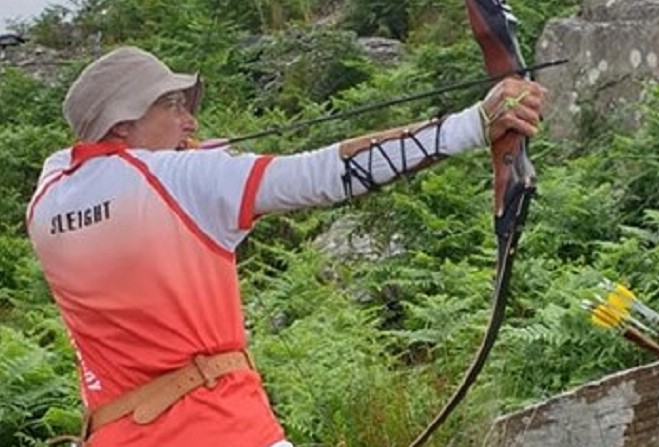 More records set along the way

She and Rodger Sleight were competing for England at the International Field Archery Association (IFAA) UK and Ireland Field Archery Championships.

The two-day event was held in Aberdulais, Wales.

The first day was a Field round, and Lesley's score of 238 beat the previous Field record by 54 points.

The following day was a Hunter round and a score of 242 secured her a second record by 23 points.

A total score of 480 gave her a clear win and the championship title.

Rodger competed in the Veteran Traditional Bow Class and was delighted to take the Bronze medal with a score of 314 points.

He put in a personal best score of 161 in the Field round, an improvement by 24 points.

England won the team competition, finishing ahead of Wales and Ireland, who were second and third, respectively.