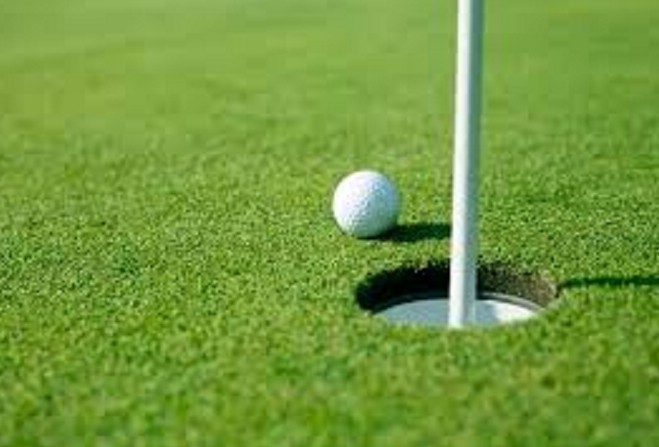 There was a small entry of 14 ladies for the 36-hole qualifying rounds to determine the eight players who would go forward to the Match Play stages  of the Grant Thornton-sponsored Isle of Man Ladies' Golf Championship.

They were completed in lovely sunny conditions at Douglas Golf Course yesterday.

Leading the way was Kayleigh Dawson on 154, just ahead of Lynda Simpson on 155.

Her brother Rob made it through to the last 16 of the mens championship on Saturday . . .and Rob's sister Emma Noon also qualified on 167.

Last year's beaten finalist Lindsey Tickle gave herself the chance to go one better this year by returning 169. The two remaining places were filled by Jo Hicks (175) and Joy Platt (178).

The draw for Wednesday evening is as follows. The first pair tees off at 5.20pm, with the others following at ten-minute intervals:

Meanwhile, this evening's match play for the men gets underway at 4.30pm with Paul Lowey against Mark Pugh. That'll be followed by

After further match play games in both the men's and ladies' championships on Thursday night the finalists will be known.

They will contest the 36-hole finals on Sunday, 14 July.