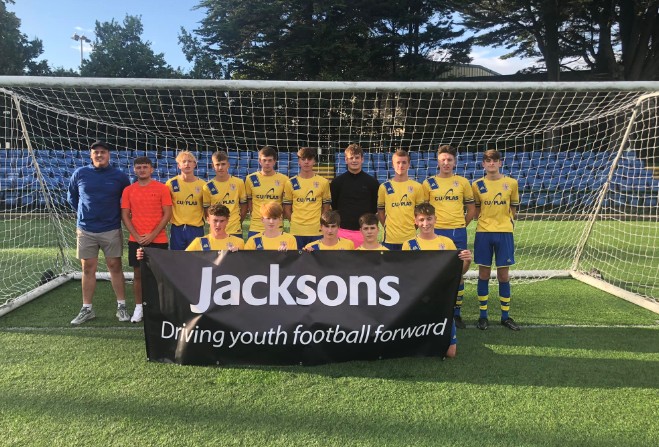 Onchan and Union Mills were the victors on the season opener of the Jacksons IOM Under-18's league last night (7 September).

Under the floodlights at The Bowl, Onchan had to fight back to claim a hard-fought 2-1 win over a strong Corinthians side.

Corinthians took an early lead courtesy of Nathan Robinson, before goals from Lewis Roberts and Chris Karezis pulled Onchan back into the game to take victory.

Meanwhile, a seven-goal thriller took place in the second contest between Union Mills and Laxey.

Union Mills went on to edge the clash 4-3 thanks to a hat-trick from Tyler Hughes and a goal from Leo Fox.

Brandon Krypner, Ethan Hawley and Luke Smith were those on the scoresheet for Laxey in an entertaining contest.

Special mention was also handed out last night to young referee, Thomas Halliwell, who was praised by one of the teams for an 'excellent' game.