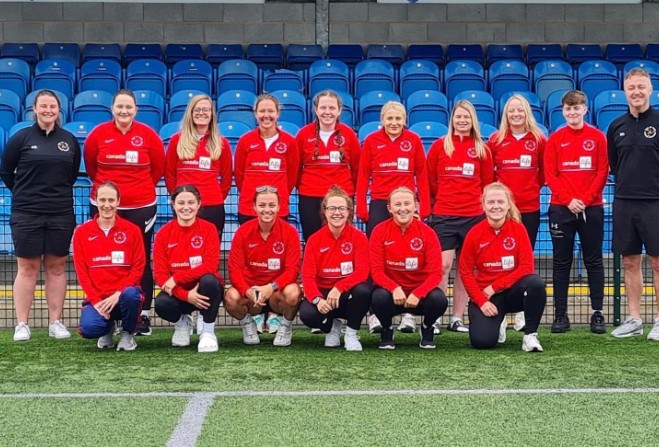 The Isle of Man's senior national football squads enjoyed a successful few days competing in of-Island competition at the weekend.

The men's and women's teams travelled to Flintshire in Wales on Saturday (23 July) to face respective sides put out by Airbus UK Broughton FC.

It was the first challenge for both Manx teams since both came under new management with Blane Slattery and Wayne Lisy at the helm of the men's and women's squads respectively.

Meanwhile, the men's squad battled to a hard-fought 2-2 draw in their respective match against Airbus UK Broughton's men's squad.

Danny Gerrard and Kyle Watson were those able to get on the scoresheet for the Isle of Man side.