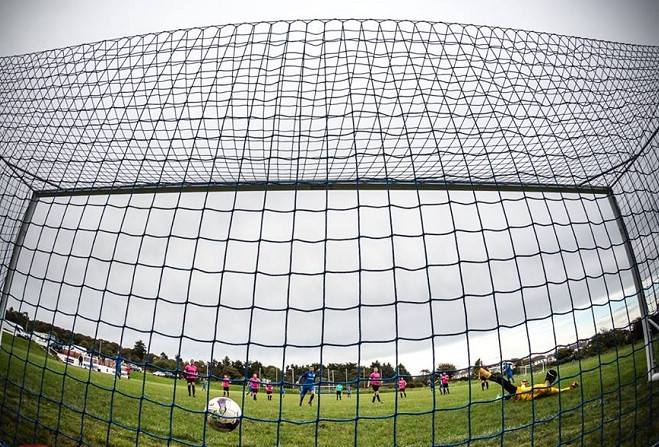 Defending champions St George’s came from behind to maintain their 100 per cent record in the Canada Life Premier League on Saturday.

They recovered from going a goal down to St Mary’s, courtesy of James Murphy’s 16th minute opener, to record a 3-1 home victory.

Furo Davies, Callum Morrissey and Frank Jones were on target as the Geordies saw off spirited visitors.

In the Ballafletcher derby, Corinthians proved too strong for newly-promoted Douglas Royal.

After a year’s absence, Peel made a winning return to their Douglas Road home.

They brushed aside Laxey 6-1, thanks to goals from Marc Kelly, Dominic McGreevy, Lee Gale (two) Ryan Holdaway and Adam Cregeen.

David Quirk scored the only goal of the game as Old Boys edged out Douglas Athletic at Blackberry Lane.

Colby are off the mark after their first win of the campaign.

They achieved it in some style with a 7-1 thrashing of a young Ramsey outfit.

Danny Lane was the star of the show with a four goal haul and he was joined on the scoresheet by Jim Collett, David Thomas and Adam Fretwell.