Gerrard disappointed with sixth in Spain 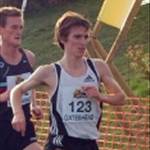 The European Clubs Cup held in Spain over the weekend provided Keith Gerrard with his first taste of top international track and field.

This year's hosts were Playas de Castellon, who are based near Valencia, and with the soaring temperatures on Saturday this was always going to be a difficult opening track run of the season for the Manx Sports Aid recipient.

Gerrard lined up in the 5000 metres for Newham and Essex Beagles who had won the British Athletics League in 2008 and were the GB representatives in the two-day competition.

Despite a time of 14.29.35, which was less than three seconds short of his own Manx record, he was a little disappointed to finish in sixth place and said, "I was hoping for a better run. It was tough out there in the heat."

The race was won by Ezekiel Jafari Ngemba from Tanzania, who was running for Czech club AK Kromeriz, in 13.57.13 with European under 23 cross country champion Andrea Lalli from Italian club GA Fiamme second in 14.03.64.