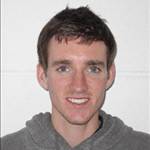 The Peel athlete won the event in brilliant style last year at Parliament Hill in London.

He has only just returned to the U.K. after spending several weeks in New Mexico altitude training - a similar regime was used 12 months ago before his success.

Keith will be representing Newham and Essex Beagles.