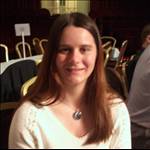 Manx snowboard-crosser Zoe Gillings says she is delighted with her preparations ahead of the 2010 Winter Olympics in Vancouver.

The British number one said: "The Winter Olympics will be the biggest competition of my career so far so everything has to be right.

"My preparations so far have been ideal and I'm really having fun."

The 24-year-old's first race of the season will be in South America on September 11th.

The Ronague athlete reached four finals out of eight World Cup competitions last season, reaching the podium in Austria and Italy, and taking gold at the German Championships.

Gillings' main focus this season will again be to work on her starts and jump technique.

The ladies' snowboarding competition begins in Whistler on February 16th with the cross event and continues on the 18th with the half-pipe, concluding with the parallel giant slalom on February 26th.