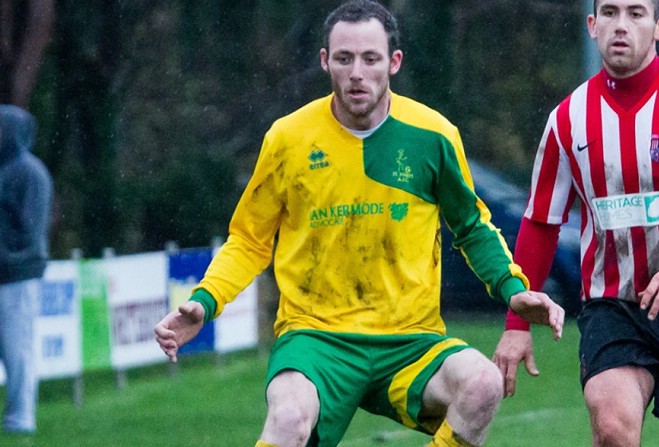 A minute's silence will be observed ahead of the Hospital Cup final later to pay tribute to ex-Island player Stephen Glover, who died this week.

Wreaths will also be laid in the centre circle by a number of his former clubs ahead of the showpiece event between St Marys and St Georges at The Bowl.

Tributes have been pouring in from the Manx football community since news of his passing broke.

Fans are being urged to go along to the match tonight to pay their respects.

RIP Stephen Glover - A great footballer, good guy and friend. I had the pleasure of reporting on his goalscoring feats for which there was many. @ManxFootyPod @IsleofManFA pic.twitter.com/q2DuKnDZ9x

Everyone at Pulrose United is devastated by the news that Stephen Glover has passed away. He was a top top lad and a credit to the club. He will be sorely missed by everyone. All of our thoughts are with the Family and close ones ❤️❤️

We send out our deepest thoughts and condolences to the family and friends of Stephen Glover, what a wonderful player but most importantly a wonderful human being.
RIP Stephen you'll be forever missed

Everyone at Malew is shocked and saddened to hear of the passing of Stephen Glover. Our thoughts are with Andy and all of Stephen’s family at this sad time

We would like to pass our sincere condolences on to the family, friends and former team mates of Stephen Glover. It’s clear to see how much he was loved both on and off the pitch.

On behalf of everyone at RYCOB, we are truly saddened and devastated by the news of Stephen Glover’s passing. Our thoughts are with the family and friends.