Gold for IoM at Special Olympics 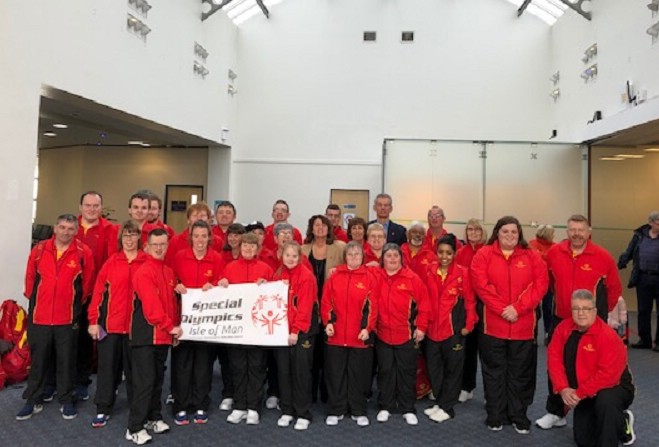 The team, before they left the Isle of Man for the Summer Games

The Isle of Man has its first gold and silver medals of the 2019 Special Olympics World Games.

Duncan Watterson won gold in the men's shot putt, with a throw of ten metres.

Chelsey Lewis, meanwhile, has won silver in the women's shot putt, with a distance of 3.59m.

The games are currently taking place in Abu Dhabi, and feature 7,500 competitors from more than 190 countries, who are competing across 24 sports.

Seventeen Manx athletes, along with coaches and officials, are at the event.