Halsall does it again! 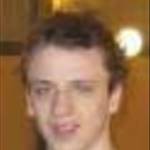 After claiming the Isle of Man’s first ever Commonwealth Youth Games medal on Friday night, Manx swimmer Grant Halsall has done it again.

And he’s now set his sights on the final of the men’s 100 metres backstroke – the heats start at 9am on Sunday.

Elsewhere, there was bitter disappointment for the Isle of Man’s Regan Dee who finished third in the final of the high jump but wasn’t awarded a bronze medal.

Organisers decided not to award the medal as only four athletes competed in the final.

In the rugby sevens, the Island battled hard, going down 43-5 to Scotland in their opening match.

They were then beaten 47-0 and 50-0 by Australia and Canada respectively.