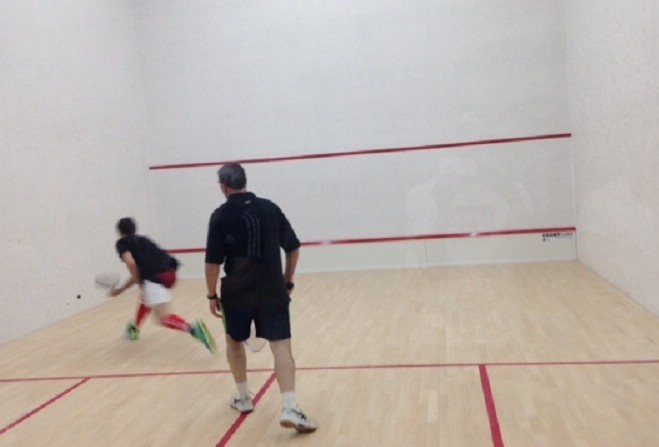 There was a repeat of the Douglas Open final last night as Ashley Sykes and Hamish Thornton clashed again at the NSC courts.

This time, though, it was in the A League as E-Cerebro aimed to get off the foot of the table with a win against second-placed X Stoneart.

It was the away side who dominated the lower order, with 3-1 wins for Alistair Crossley and Calum Baker at fourth and fifth string respectively.

But E-Cerebro's Ben Peach won a five-set thriller with Steve Gaylor and Mike Hayler put in a fine performance to see off Steve Baker and level the match at 2-2.

The crucial final match between the first string players went the same way as the Douglas Open final last week with Sykes triumphing in three.

It sealed a 3-2 victory for E-Cerebro and means they leapfrog EasyGym at the bottom.

But EasyGym do have a game in hand to regain their fourth spot.