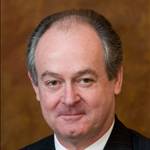 There was success for Manx Harriers in the Lancashire Cross-Country Championships at Witton Park in Blackburn on Saturday.

The team clinched six medals, led by Gemma Astin, who emphatically won gold in the under 17 women’s race, leading the race from the early stages.

The senior men's team won silver, as did Nigel Armstrong in his age group.

Keith Gerrard claimed individual bronze as did Chris Quine and Andy Fox in their respective age groups with Murray Lambden just missing out.

Sarah Curphey was 16th in the senior women’s race; Ben Lambden took ninth place in the under 20 men’s race, with Polly Rogerson seventh in the under 17 women’s event.