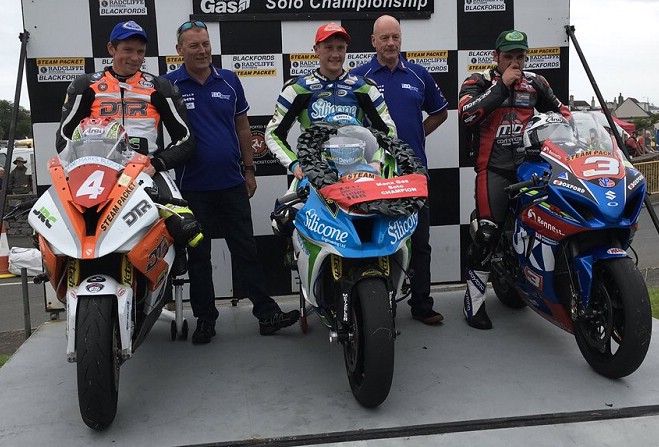 There's a new solo champion at the Southern 100.

Third-placed Dunlop set a new absolute lap record of 115.7mph during the race.

It's the second time today he's done so.

The Sidecar Championship race was won by John Holden and Lee Cain, ahead of Wayne Lockey / Mark Sayers and Conrad Harrison / Andrew Winkle.

The Birchall brothers, Tom and Ben, set a new absolute lap record of 101.545mph during the race.

They were also excluded from the result, after causing the race to be red-flagged.

That followed an incident near Cross Four Ways, which also involved Tim Reeves and his passenger, Mark Wilkes