Has Donald crashed out of TT? 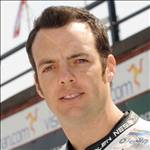 The rider who unofficially smashed the absolute lap record for the Mountain Circuit on Thursday evening looks to have crashed out of TT 2009.

He was taken to Noble's hospital by helicopter and, according to the official TT media release on the qualifying session, "is now expected to miss all five solo races".

The media release doesn't say whether Donald was detained in hospital, but it does describe his injuries as minor.

Donald's extraordinary lap at 131.457 miles an hour looked to have set up a fascinating battle with official absolute lap record holder John McGuinness, who was the second fastest man in qualifying.

However, it now seems that won't be happening.