Hat-trick of titles for Faragher 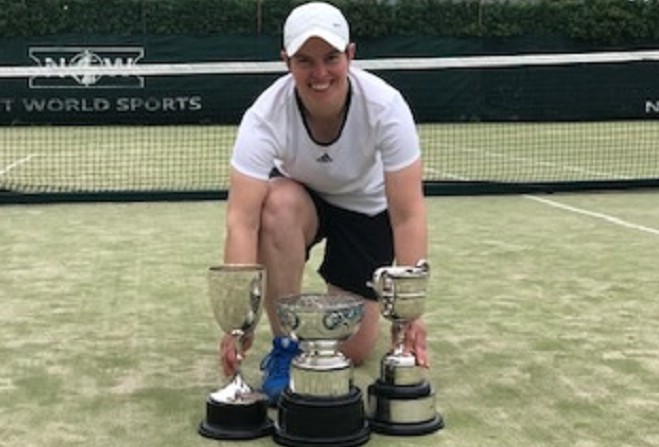 Karen Faragher was the star of the finals of the Isle of Man LTA Closed Tennis Championships at the weekend, winning three titles.

In the women's singles final Faragher, who was seeded number two, defeated top seed Marissa Stephenson 6/4, 7/6 in a match which lasted just under two hours.

It was her 20th Isle of Man women's singles title.

She teamed up with Elena Snidal in the women's doubles, with the pair defeating Hannah Snidal and Katie Harris in the final.

Drewry came out on top against Chinn in the men's singles, though, winning the final 7/5, 6/4.

Drewry also claimed a share of the men's doubles title after he and Rob Comber defeated Neil Ronan and Rob Mason 6/0, 6/1.