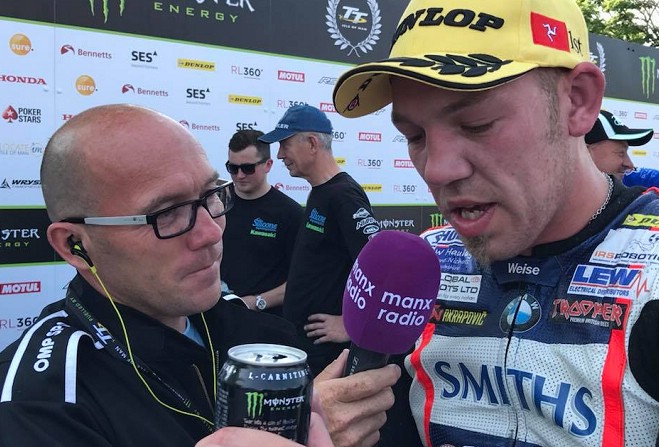 To and fro the lead changed hands in this afternoon's great Superstock tussle.

Harrison had a first lap of just over 133 miles an hour, but there were indications Dunlop was fighting back.

Then Peter Hickman, after overshooting at Braddan, put in a blistering lap to go second by a gnat's.

A slow pit stop put Harrison back in front ahead of Dunlop - then Dunlop crept in front of Harrison and so did Hickman.

On the last lap, Peter Hickman was just in the lead by less than a second.

He eked that out to cross the line four seconds up on Michael Dunlop, with Dean Harrison third - the 31-year-old's first TT win.

His last lap registered at 134.4mph, a lap record and an overall race record by almost a minute.

We'll take it up when Hickman started to really show his class: