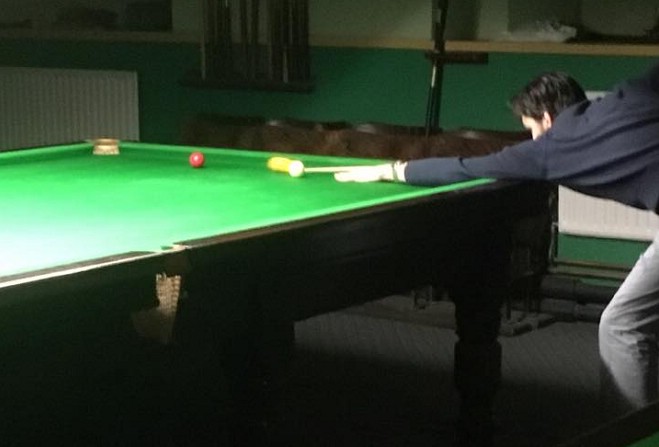 Darryl Hill has continued his dominance over the Island's Billiards circuit, with a third successive championship title victory.

And he did so in emphatic fashion, going undefeated throughout the tournament this weekend, at Finch Hill Bowling & Snooker Club in Douglas.

Hill topped his group at the round robin stages, after victories over Garry Christian, Ken Kinrade and Don Humphries.

Smith also set the early high break in his match with Ron Grogan, scoring a run of 32.

Humphries and Finnegan finished second in the groups, meaning Hill would play Finnegan and Smith would play Humphries in the semi-finals.

Hill also won comfortably, a high break of 37 helping him reach the 125-point target with Finnegan limited to 80 in reply.

That meant the final would once again be Hill vs Humphries, after the two met in both Billiards Championship finals last season, as well as the eventual play-off final.

Just as on each of the previous occasions, Hill came out on top, winning the first-to-150-point final in 37 minutes.

Humphries failed to reproduce his scoring form from the semi-finals, reaching just 71 points.

The second Billiards Championship event of the season will be held in January.