On Air The Morning Show Marc Tyley | 9:30am - Noon
Mcfly - Tonight Is The Night Download

Hockey: All to play for before league splits 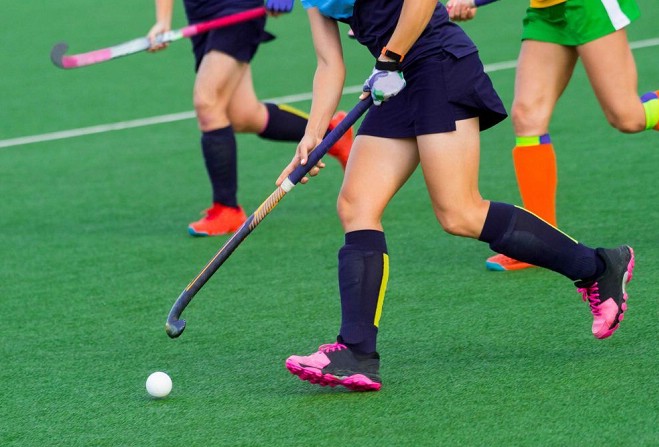 All to play for before league splits

Following Bacchas A’s demolition of Vikings A in the Rossborough Men’s Premier League last week they have an easier match up this week when they take on Saracens A. Saracens A although have improved as the season has moved forward shouldn't be a match for the unstoppable Bacchas A. Vikings A will be desperately hoping to turn their season around when they take on Ramsey A. A win for Vikings A could help out their B team make it into the top four. If Vikings B can overcome Harlequins A and their first team beat Ramsey A then Vikings second string will achieve a top four finish. With Vikings A’s form having dipped Ramsey A will think they have a chance of clinching the top four spot before the league splits in two after this weekend. Meanwhile Bacchas B take on Valkyrs A who despite people observations have continued their improvement from last year and will be looking to keep

Bacchas A honest at the top of the table

The Rossborough Women’s Premier League see an interesting match take place between Bacchas A and Valkyrs B. Valkyrs B have proved time and time again they have mean defence and they could if they can win by 10 clear goals reach the top four but it would take a miracle for that to happen this weekend. Elsewhere Harlequins face a Vikings A sitting pretty at the top of the table and scoring freely and will hope to keep the league leaders at bay for as long as they possibly can. Ramsey A take on Castletown A with the southerners nailing the favourites tag owing to their form so far this year, whilst Saracens test their improvements over the last couple of weeks against Valkyrs A.

Rossborough Women’s Division One could see a new leader on goal difference after the weekend but much depends on what score line Bacchas B can defeat bottom side Ramsey B by and also how much Vikings B can defeat their own C team. Although this suggests there is no chance for Ramsey B or Vikings C both sides are capable of upsets if the stars align and they remain disciplined for the full 70 minutes. Elsewhere Bacchas C take on Castletown B with Castletown B hoping to consolidate their own top four spot.

Valkyrs B carried a 3 point lead into this weekend and that lead could be extended by a further point if Castletown A can overcome a side punching above their weight in the shape of Vikings C. Valkyrs meanwhile take on Ramsey B in what should be on paper a fairly easy win for the westerners. With the battle for the top four over Bacchas Colts will be looking to keep pace with the league leaders when they take on Saracens B whilst Castletown B take on Bacchas C.