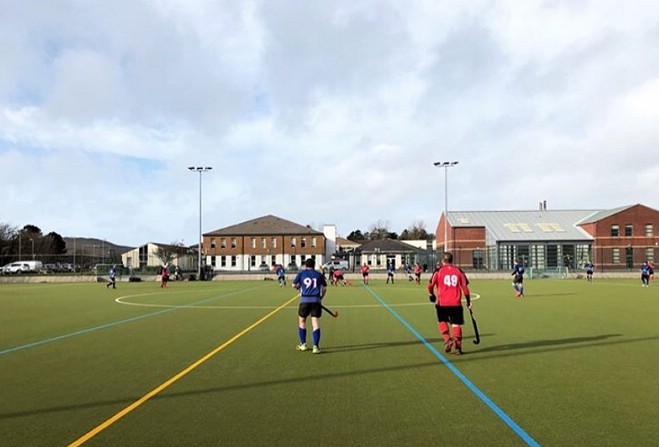 Vikings look for comeback against Valkyrs in Women's Prem

11:00 Saracens A vs Athena Healthcare Harlequins A @ CRHS

15:30 Athena Healthcare Harlequins B vs Saracens B @ NSC

14:00 Canaccord Genuity Vikings B vs Ramsey B @ RGS

In the Rossborough Men's Premier League Bacchas A will be looking to overcome Valkyrs A this weekend with a win for the whites ensuring that both Vikings and Valkyrs need to rely on Bacchas A losing a game to stand any chance of challenging for title honours. Although Valkyrs A remains determined Bacchas A should have the strength to overcome the improving westerners. Elsewhere in the men’s top flight Vikings A take on their own second string in an interesting inter-club derby whilst Saracens A take on bottom side Harlequins and Ramsey A look to avoid defeat against Bacchas B.

In the Rossborough Women’s Premier League Vikings A will be seeking two points to put them well out of reach of their rivals when they take on Valkyrs A. Valkyrs A dropped a point last weekend and any more points dropped here would all but seal the championship for Vikings A whilst victory for Valkyrs A would see them close the gap to 1 point. Despite the lead Vikings A currently enjoy the past few encounters between these two sides have been incredibly close and could go either way. Bacchas A, meanwhile, aim to continue their resurgence when they take on Castletown A and in the bottom half of the table Valkyrs B take on Ramsey A with the westerners looking to keep up their defensive form whilst Saracens and Harlequins go head to head at the bottom of the table.

Rossborough Women’s Division One see a couple of interesting fixtures with Bacchas B having the week off and Valkyrs C and Vikings B taking on bottom of the table sides looking to capitalise. Valkyrs C take on Bacchas C whilst Vikings B take on Ramsey B with both Valkyrs and Vikings expected to win both of these games based on league position and form. Elsewhere Vikings C take on the determined and well drilled Castletown B with both sides exceeding the expectations of pundits so far this seasons it could make for an exciting game.

In Rossborough Men’s Division One Vikings C will look to overcome the current league leaders Valkyrs B with a view to moving up the table. The Westerners are clear favourites boasting a number of island capped players and huge amounts of experience with the Vikings third string having plenty of experience but not quite at the level of Valkyrs. Elsewhere Bacchas Colts look to sneak further up the table when they take n Castletown A. With a core of experienced players such and Tim Leeming, Peter Vernon-Browne and Richard Weir to name but a few whilst some up and coming youngster cutting their teeth at this level continue to come to the fore and grow as the season wear on there could be an upset this weekend. Saracens B take on Harlequins B in a day which sees all Saracens senior sides take on their Harlequins counterparts   whilst Bacchas C look to overcome an almost equally experienced side in Castletown B.