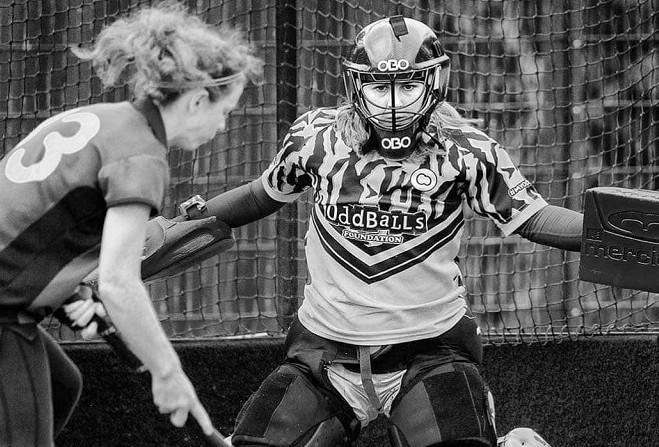 
Battle of the B teams in men’s Top Flight

One of the key games of the day takes place in the Rossborough men’s Premier League with Bacchas B facing off against Vikings B in what could be a deciding game in who finishes in the top half of the table before the league is split n two at the halfway stage. With both sides currently sitting n 4 points and 3 goals between them in the goal difference stakes this could prove a deciding factor for a top half finish. Both sides will be desperate to finish in the top half of the table and potentially provide some back up for their first teams who are fighting for the title.  Elsewhere Valkyrs A visit Saracens A with the westerners proving their credentials last week against Vikings A this should be a westerners win. Bacchas A take on a Ramsey A side struggling this year whilst Vikings A will be looking to get back to winning ways against Harlequins A.

With Vikings A game versus Valkyrs B in the Rossborough Women’s Premier League being delayed until mid week next week the other teams have a great chance to put them under some pressure. Valkyrs A take on Harlequins  with a view to regaining their second place in the league standings . Ramsey A will be looking to reinvigorate their chances of a top four finish by overcoming Saracens whilst the big game of the day in this division is between Bacchas A and Castletown A with both sides evenly matched and both sides dreaming of being Vikings closest challengers there will be nothing left on the pitch in their hunt for success this weekend.

Rossborough Men’s Division one league leaders Valkyrs B welcome Saracens to Peel this weekend with the Westerners clear favourites to maintain their title march. Vikings C meanwhile take on Ramsey B with Vikings looking to maintain their stunning start to the season. Castletown A will be looking to defeat Harlequins B following the Southerners defeat last week and will hope illness and injuries have recovered enough to earn the win this week. Bacchas Colts also face a test of their mettle against an organised and physical Castletown B.

Rossborough Women’s Division One has an interesting twist this week with Vikings B taking on Bacchas C and Vikings C taking on Bacchas B. For all four sides the win is important because if Vikings B beating Bacchas C this not only gives them two points but also means they do their third string a favour to potentially move them up the table.

For Vikings C not only would two points be important in their hunt for a top half finish but would also give clear breathing space between their second string and one of their main title rivals. The same can be said for Bacchas with the opposite helping them in exactly the same way meaning we could be in for an interesting weekend. Elswhere Valkyrs C will look to continue their fairly quiet ascent of the table when they take on Castletown B and cement their place as title candidates.