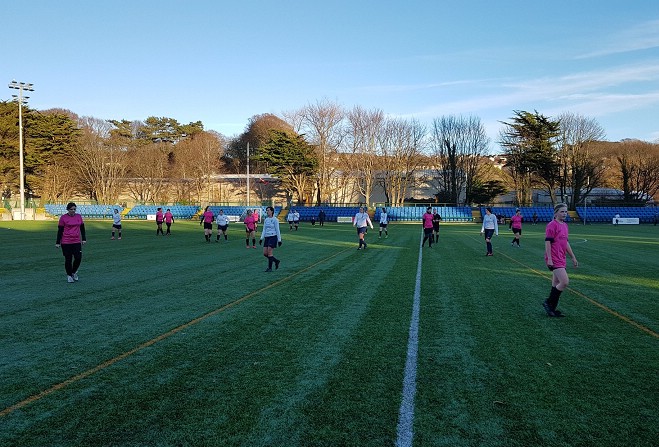 Routs at the Bowl

Douglas Royal and Colby have qualified for the semi-finals of the Nedbank Floodlit Cup.

That’s after convincing victories over Douglas Athletic and DHSOB respectively in the remaining Group A matches on Sunday afternoon.

Holders Royal finished as group winners, completing a 100 per cent record, in an 11-0 romp.

Old Boys only needed a draw to progress to the next round but went down 5-0 to Colby as the southerners booked their place in their last four for the first ever time.