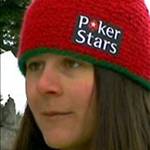 Collin Holland steered his fours side to victory with Chris Holland, Clare Holland and Seamus Whelan after a closely fought round-robin competition at Ronaldsway Sports and Social Club.

Holland's team started off with a loss after going down 13-9 to last year’s champions, skipped by Jayne Kinley, with Sam Peel, Emma Smith and Josh French, which put the reigning champions in a strong position.

Collin Holland's team hit back well, however, with a 16-6 win over Stephen Gale's side which put them top of the table.

In the final game, Gale's side started off strongly and looked like they could snatch an unlikely victory, with Kate Mulhern, David Hetherington and Robin Teare all playing well.

Kinley's team fought back well but eventually lost 12-7 to Gale's side, leaving Collin Holland's fours as champions by five chalks in the opening competiion of 2010.

The action returns to the National Sports Centre next week with the Singles League.

For more information on Manx Short Mat Bowls, you can visit www.manxshortmatbowls.com