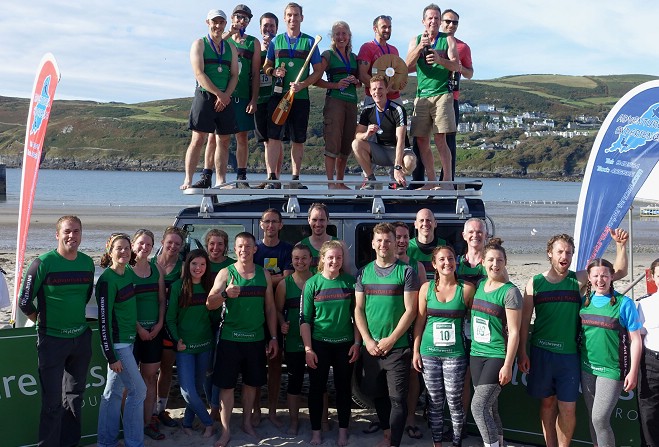 Stephen Caley won the solo category of the Seven Kingdoms Isle of Man Adventure Race at the weekend, completing the 40km journey through the Manx coastline and countryside in three hours and 50 minutes.

First place in the team category went to the pairing of Adam Fretwell and Kevin Whittaker, who completed the course in 3 hours and 56 minutes.

Now in its seventh year, the race takes on a new route for each one, with the course only being revealed to competitors the night before.

They receive a guide book and a map, which they use to navigate their way around the unmarked course, visiting a number of checkpoints along the way.

This year's race started in St John's with a mountain bike stage heading east to Archallagan plantation, where competitors completed a short mountain bike orienteering special stage, before continuing on through South Barrule and Corlea plantations to Cringle Reservoir.

At the reservoir a further special stage awaited in the form of crossing the reservoir by kayak to reach a checkpoint before returning to the bikes and the Eary Cushlin transition.

Bikes were left behind as competitors then ran the Raad ny Foillan coastal footpath via Cronk Ny Arrey Laa and Fleshwick to Bradda Head.

A rope descent from the top of the tower was followed by a sprint across the beach to the finish outside the Bay Hotel.