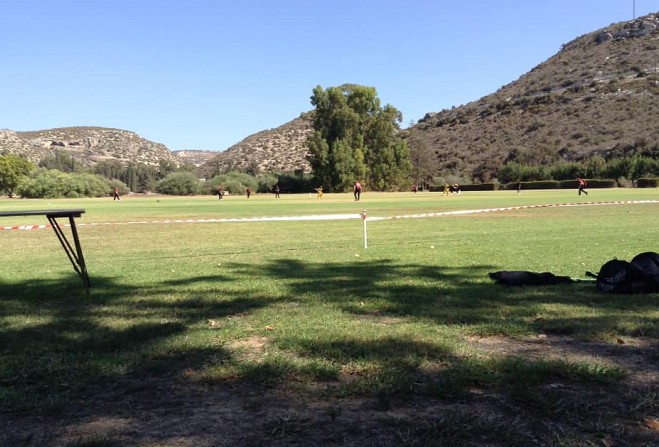 Manx side competing in T20i Tri-Series this week

Isle of Man Cricket have got off to the perfect start in the T20i Tri-Series in Cyprus this week.

The Manx national team is taking on hosts Cyprus and Estonia in matches across three days.

Yesterday (6 October) saw the first round of fixtures, and the Isle of Man put on an excellent display in the first contest.

They bowled out Cyprus for 92 - the pick of the bowlers were Joe Burrows 4-10, Al Stokoe with 2-10 whilst Jacob Butler and Matt Ansell picked up a wicket each.

The Island side then responded by finishing 93-2 to take victory in 11.5 overs.

Meanwhile, Estonia were the opponents for the next clash of the day.

Estonia finished on 118-7 - highlights for the Manx bowlers there were Conor Smith taking 3-15 and captain Matt Ansell with 2-27.

The tournament is continuing across today and tomorrow (7-8 October)

The remaining fixtures are below:

Estonia vs Cyprus (10am)

Estonia vs Isle of Man (2pm)