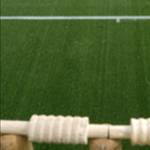 After the 13th Natwest Island Games opened to a fanfare of music, dancing and fireworks on Saturday evening, the first day of action saw mixed results for the Isle of Man.

Away from the judo success, the Isle of Man men’s football team were 2-1 winners over the Falkland Islands - Chris Bass and Steve Glover the scorers before the Falklands pulled one back.

Donna Shimmin, Gill Christian, Sarah O’Reilly and an own goal earned the women’s team a 4-0 success over the Isle of Wight.

In the table tennis, the Island went down 7-0 against Guernsey but there was a 4-3 victory against Rhodes.

The Isle of Man women’s tennis team of Karen Faragher and Katie Tinkler missed out on a semi—final berth after going down to Jersey – Faragher losing narrowly in a final set tie-break, but a convincing win against the Isle of Wight before a defeat of hosts Aland ensured progress to the last four for the men’s team who’ll meet the Cayman Islands.

The doubles pairing of Bruce Wagstaff and Jonathon Barradell secured the winning points to knock out the hosts.

There was disappointment for the women's basketball team as they were thrashed 111-19 by Menorca.

Success on the track came in the heats with Rachael Franklin and Gemma Astin notching a one-two in the opening 1,500m women's heat in four minutes 55.54 seconds and 4.55.58 respectively.

He had to settle for fourth spot in the final of the 10,000 metres, won by Janne Holmen of Aland with team-mate Ed Gumbley in tenth.

Hollie Bass was 10th in the long jump preliminaries with a distance of four metres 84cm.

In the heats of the 400 metre hurdles on Monday morning , Michael Haslett was second in a time of 57.51 to qualify for tonight’s (Monday) final.