Jessopp to lead Lightweight race away 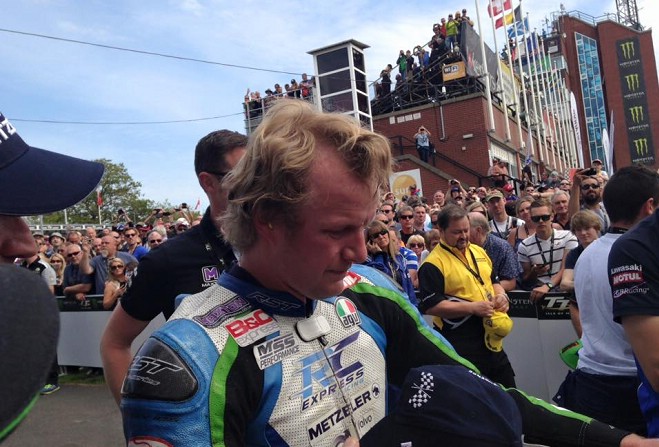 Field of 68 to start

Martin Jessopp has the number one plate for the Lightweight T.T. and will be first away from The Grandstand leading away a 68-strong field.

There is plenty of quality behind him with three former winners - reigning champion Ivan Lintin will start at number six again on the Devitt RC Express Racing Kawasaki, 2014 winner and lap record holder James Hillier is at number three and 2012 victor Ryan Farquhar is at number two.

Australian Cameron Donald is at four on a SGS International/KMR Kawasaki run by Ryan Farquhar.

Peter Hickman makes his debut in the class on the BE/Cookstown Racing Kawasaki at number five.

Gary Johnson is at seven on the Chinese WK Moto machine, RAF man Michael Russell is at eight, Michael Rutter starts at nine having finished third last year and the top ten is completed by Dan Cooper.