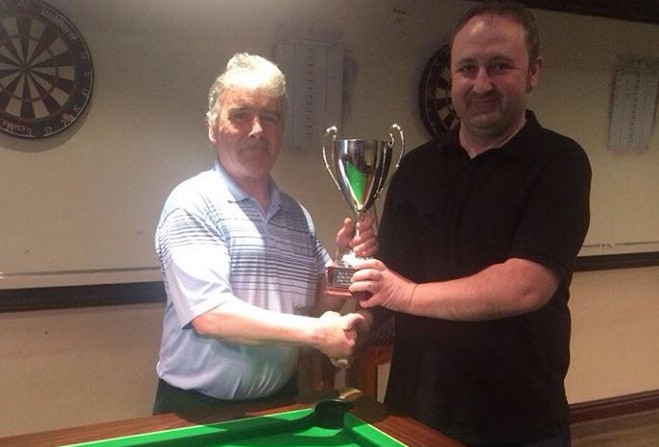 Pool veteran rolls back the years

Veteran John Craine rolled back the years to emerge victorious in the 2018 Isle of Man 8-Ball Pool Championships, held at the Rosemount in Douglas.

He won 8-6 in a tight final against Sean Corkish, a player known best for his prowess in a sister cuesport, Snooker.

Craine also produced an excellent clearance to come through a tense deciding frame against Scotland's Paul Buchan in the semi-finals, who in turn had beaten Manx professional player David Addinall 6-3 in the last eight.

Corkish won 7-2 in his semi-final against Yorkshireman Paul Smith, after both players had successfully navigated tricky quarter-final draws.

There were several high-profile absentees from the latter stages, including Cameron Davies, Jason Gaines and Tom Miller, who lead the individual rankings on the Island so far this season.

Gaines lost to Buchan, and Davies and Miller were both beaten by quarter-finalist Kevin Corlett, who then went down to Corkish.

Craine was quoted as saying he last won the Island Championship around 25 years ago!

Full results for all Manx pool competitions can be found on the Isle of Man Pool Players Association page at www.cuescore.com