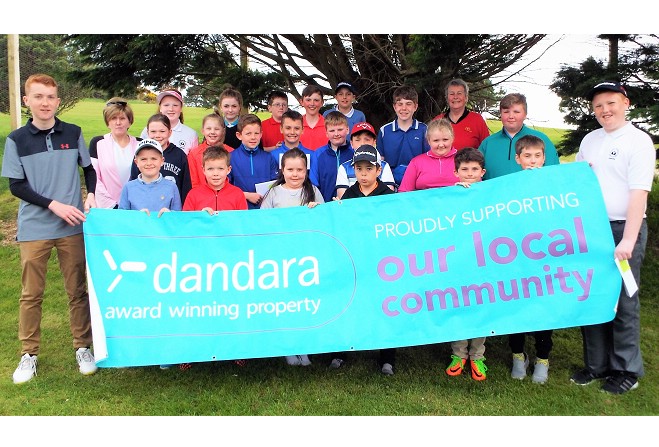 The first round of the 2017 Dandara Junior Order of Merit, held at King Edward Bay Golf Club on Sunday, saw 33 young golfers from all over the Island competing, and some great scores achieved.

In the under-14 section, also over 18 holes, Sam Crawford took first with a fantastic of 90 gross/62 net, the best score of the day.

The nine-hole competition saw the first prize go to Jack Higgins with 19 points, while second went to Scott Moffatt on 16.

And in the six-hole competition two players recorded 18 points, with the honours going to Owen Dooley on countback from Jenna Crawford.

Callum Hunter led the way in the flag competition with his 36 shots taking him to the 12th hole.

Second was a joint affair with Reggie Oaswood and Adam Holt both reaching the 11th.

These three junior players will now receive their Junior Handicap of 54 and advance to the six-hole competition next time.

This is the second season it has been sponsored by developer Dandara, which is also title sponsor of Isle of Man Golf’s Junior Championships, which take place in July.