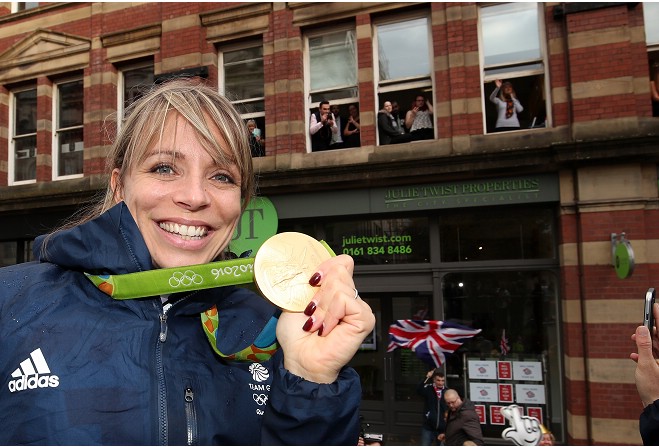 After such a successful Rio Olympics for Team GB, she was picked to carry the flag at the games closing ceremony.

Kate is the most capped female hockey player in Great Britain history having made 370 appearances and has led the team for 13 years.

Earlier this week she was shortlisted for the BBC Sports Personality of the Year prize and she is in the running for the International Hockey Federation's player of the year award.

Honours won by Kate Richardson-Walsh, as well as gold in Rio, include bronze at the London Olympics, gold at the European Championships in 2015 and bringing home bronze and two silvers in three successive Commonwealth Games.

She has also been GB Hockey Athlete of the Year and has twice won the prestigious Hockey Writers' Player of the Year.

Kate and Helen Richardson, who she married in 2013, made history in Rio by becoming the first same-sex married couple to win Olympic medals while competing in the same team.

The Isle of Man Bank Sports Awards will be held at the Villa Marina on Wednesday 22nd March.