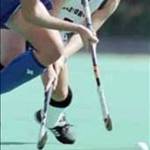 It’s as you were at the top of the Wi Manx Premier Leagues.

In the men’s league, leaders Bacchas A showed their style with a 6-2 victory over Vikings A.

Conor Byrne and Alex Birch were on target for Vikings.

James Atchison netted both for Ramsey.

After his A team success, Alex Bell was again on target (three) with Tom Beresford (two), Craig Leece (two), Jamie Cox, Richard Le Page and Chris Bass as Bacchas B saw off Vikings B 10-2.

Ieuan Williams scored both consolations for Vikings B.

Castletown A put seven past Valkyrs B without reply.

Paul Kelly (two), Steve Ronan (two), Harry Brindle and Christian Steriopolous were all on the scoresheet for Town.

Kim Carney (two), Louise Slater and Sarah Blackman scored their goals in a 4-0 success over Bacchas A.

Castletown A recorded a fine 2-0 win over Valkyrs A, courtesy of Kerry Kelly and Lois Watterson.

Vicki Garner was the star of the show as Ramsey A defeated Castletown B 8-1.

She hit four and was joined on the scoresheet by Christine Kermeen (two), Julie Chesterton and an own goal.

Sam Franklin, Niamh Goddard and Fay Wilcox scored the goals as Bacchas B ran out 3-1 winners over Valkyrs B, for whom Clara Nathan found the net.