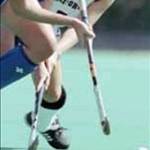 Bacchas A hit their B team for 10 to stay clear in the Wi-Manx Men’s Premier Division on Saturday.

Tom Beresford and Richard Le Page were the scorers for the B side.

Nearest rivals Valkyrs A were also far too strong for their B team.

Conor Byrne hit six as Vikings A put eight past Ramsey A.

Dave Millward and Johnny Killey netted the others with Thomas Tsitsos and Raj Nanda replying for the northerners.

Castletown A had too much for Vikings B.

Sven Lindeque and Christian Steriopolous struck in a 3-1 win.

Ian Perry scored for Vikings B.

Vikings A continued their march towards the Wi-Manx Women’s Premier Division title.

Zoe Carney, Kim Carney, Louise Slater and Chelsea Bawden scored the goals in a 4-0 success over Ramsey A.

Close rivals Castletown A and Bacchas A shared four goals.

Dani Kelly and Kerry Kelly were on target for Town with Sharon Pope and Jo Quine striking for Bacchas.

Valkyrs A saw off their B team 5-0 to stay second, thanks to goals from Andrea Kneen (two), Imogen Manning, Tamsyn Cleavely and Bernie Dunn.

Bacchas B were 7-2 winners over Castletown B, for whom Rebecca Jacobs and Glesni Witt scored.