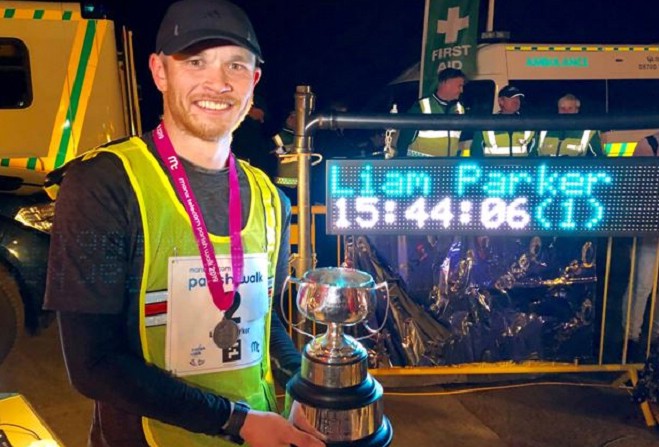 Parker finishes in under 16 hours

He was in second place for a large part of the race and became the leader when Richard Gerrard retired between Andreas and Sulby because of sickness.

It's the second Parish Walk win for Liam Parker, having previously won it in 2017.

Emma Shilling was the first woman to complete the 85-mile endurance race and seventh overall, finishing in a time of 17:47:09.

Christy DeHaven asked champion, Liam Parker, if he was expecting to win:

The walk concluded at 8am with 158 competitors finishing the 85-mile course, 49 of those in the last hour of the race.