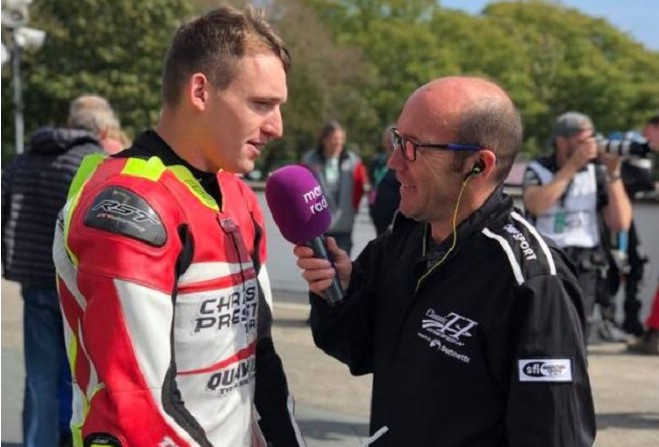 Manxman Nathan Harrison has done the double at the Manx Grand Prix.

The 21-year-old this afternoon added the Senior title to the Junior one he won yesterday.

Things had been tight with Stephen Parsons earlier in the race, but the Onchan man pulled the pin on the second half of the third lap, extending his lead from less than a second at Ballaugh to more than six seconds at the Grandstand.

He continued to steadily pull away from Parsons on the final lap, extending his lead to 7.5 seconds by Ballaugh.

It was 14 seconds by the Bungalow, 17 by Cronk-ny-Mona and that margin remained as he crossed the line.

Chris Kinley caught up with Harrison after the race:

Parsons finished the race in second place for the second year in a row, comfortably ahead of Brad Vickers, who was third.