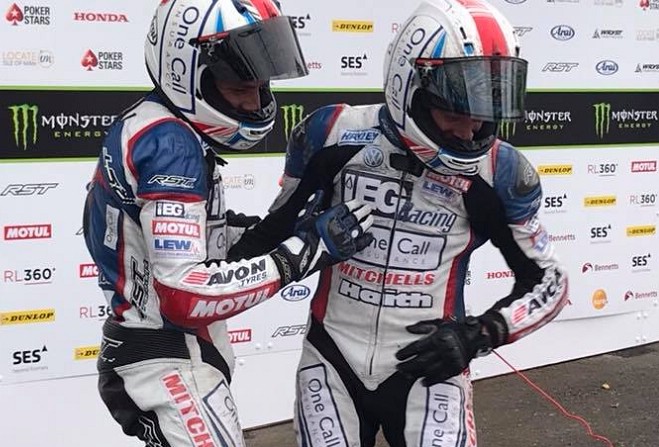 The Birchall Brothers have stormed to victory in the Locate.im Sidecar TT Race 1, smashing records in the process.

After lap one driver Ben and passenger Tom set an outright lap record with 117.502mph, breaking their own record of 117.119mph.

The new race record now stands at 57 minutes, 33.635 seconds, nearly a minute off the previous.

In second place 47.132 seconds behind was John Holden and Lee Cain, while Tim Reeves and Mark Wilkes made up the podium a further 21.901

Manx pairing Dave Molyneux retired at the end of the first lap, while Darren Hope and Leonard Bumfrey finished in seventh

The three lap sidecar race was restarted just after 7pm.

It followed a red flag incident during the first lap this afternoon which involved one outfit.

On Manx Radio TT, John Holden revealed it was the machine of Tony Baker and Fiona Baker-Holden.

The pair were taken to Noble's Hospital by helicopter, but both were conscious and talking.

Tony has a leg fracture and Fiona has soft tissue injuries.