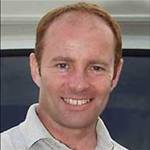 Ian Lougher will compete for AIM Yamaha in the Superbike and Senior T.T. races.

As previously announced, he will also manage and ride for Team Blackhorse Yamaha in the other classes.

2009 will be Lougher's 28th season of racing and the Superbike race on Saturday 6th June will be his 100th T.T. start.

Ian Lougher has won seven T.T.'s during his career - the most recent was at Billown in last year's 250c.c. Lightweight.