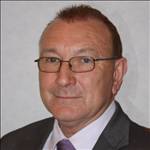 The Liberal Vannin Party has issued a broadside against South Douglas MHK Bill Malarkey who resigned from the organisation after he was elected a member of the House of Keys.

A statement responds to a newsletter circulated by Mr Malarkey, in which he explained why he chose to leave the party and take up a government position.

The party says it made clear to all candidates that no Lib Van MHK would be allowed to accept a government position, until the party gained greater numbers in the House of Keys.

Mr Malarkey won his seat on a Liberal Vannin ticket at the general election in 2006 and resigned two years later, unhappy that party leader Peter Karran would not let him join a government department.

The LVP says he should have argued his case within the party.

It is also denying a claim that Lib Van MHKs were instructed to vote against all motions brought to Tynwald by the Council of Ministers.


Story uploaded to manxradio.com on September 5, 2010.