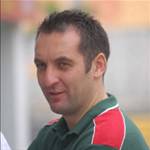 The final round of the 2010 Duke Road Race Rankings Series takes place on Saturday, November 20, at the Macau Motorcycle Grand Prix.

It is the first time the prestigious series, which was established in 2002, has included a round of the championship outside the British Isles and Southern Ireland.

Of the riders coming to Macau who are in the top twenty in the Duke Road Race Rankings, Keith Amor is ranked the highest, currently fifth overall, with Australian Cameron Donald, who will compete with Relentless Suzuki By TAS at Macau, ranked in 17th.

Donald celebrated a podium finish in the Isle of Man Superbike TT earlier this year, following that with runner-up in the International Southern 100 Solo Championship race, behind series leader and 2009 champion Ryan Farquhar.

Stuart Easton tops an exciting entry for the 44th running of the Macau Motorcycle Grand Prix, as he heads to the Far East on the hunt for a third successive Guia Circuit victory.

The 27-year-old Briton, currently 9th in the British Superbike Championship, will be making his seventh visit to Macau, after clinching his second victory here last year.

He will ride for the PBM Kawasaki WSBK Team, partnered by Amor.

Others riders featured in the rankings during the road racing season just ended include John McGuinness, winner at Macau in 2001, and who this year celebrated his fifth victory at the North West 200, returns on a Honda and currently ranks 26th in the Duke listings.

Michael Rutter, who is determined to take another Macau victory, would set a new record for the most number of wins if he were to take the chequered flag for a seventh time.

This year, Rutter will be aboard a Ducati, racing with Team of Paris alongside 24-year-old Briton Martin Jessopp.

Englishman Gary Johnson, 30, who just missed out on a podium finish in 2009, returns on an AIM Racing Suzuki, and is partnered on the team by fellow Briton James Hillier, 25.

Dan Kneen, 23, of the Isle of Man will make his Macau debut this year on a DMR Racing BMW.

For the first time, the entire field in the Macau Motorcycle Grand Prix will be made of 1000cc Superbikes, with the 600 Supersport category dropped in the interests of safety.

Practice and Qualifying for the Macau Motorcycle Grand Prix commences on Thursday, November 18 and continues on the Friday, with the 15-lap race taking place on the Saturday, with a scheduled start of 3.15pm Macau time.