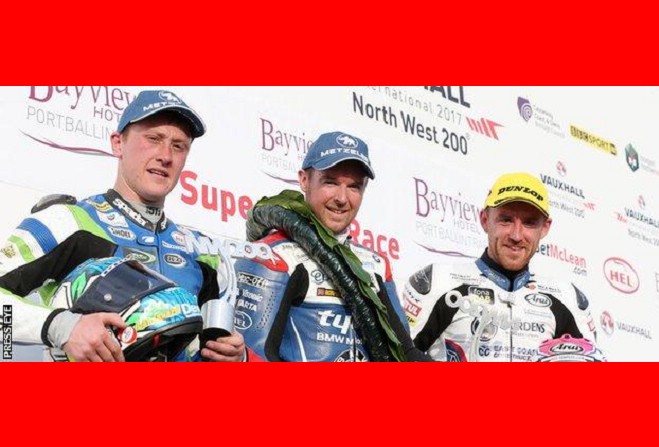 Five races for fans to enjoy

There are five races at the North West 200 today.

On Thursday evening, Alistair Seeley extended his number of wins to an unmatched 18 by claiming the Superstock race and Martin Jessopp took his first two international wins in the Supersport and Supertwins.

Roads around The Triangle circuit in Northern Ireland closed at 9.15am and there is provision for them to remain shut until 9pm.

There are two Superbike races plus Supersport, Supertwin and Superstock contests.

Manx competitors at the meeting are Dave Madsen Mygdal and Dan Kneen who is struggling with a hand injury.

Meanwhile Honda have pulled Guy Martin's bike from both classes on safety grounds.

It's after his teammate John McGuinness suffered serious injuries in a crash on Thursday - effectively ruling him out of next month's TT races.

Though it's still not known what caused the 23-time winner to come off, speculation has fallen on a technical error with his Fireblade.

He's due to undergo surgery in Belfast for a fractured right leg, broken vertebrae and three broken ribs.