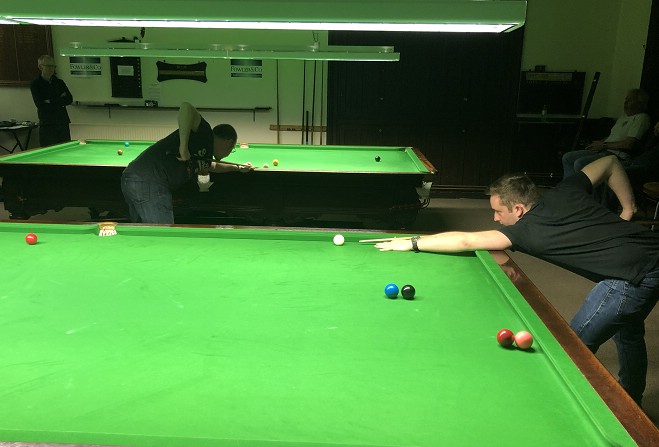 Malew 2 shot up the table in week six of the 2018/19 Macs Builders Merchants snooker league, as the top two were both beaten.

Peel Legion had a tough trip away to Finch Hill 'Rockets', losing 3-2 – despite twice going ahead.

Mike Crook put them 1-0 up, before Marek Kenny levelled for the 'Rockets', then Geoff Hall put the league leaders 2-1 up – but Graham Ashton and Doug Kinrade sealed a big upset.

Zain Abideen and Ste MacDonald also won to make it 3-0 despite a break of 24 for Sean Corkish, before a break of 22 for James Kerr helped stop the rot, but Simon Gardner beat Paul Smyth to make it 4-1.

The other player to score heavily this week was once again Peter Kirkham – he had breaks of 27, 21 and 20 in a single frame to register 119 points in his frame victory over Eric Drinkwater.

His Finch Hill 'Mob' lost, though, with Steve Oates the team's only other winner as Nick Crouchman, John Faragher and Tom Collister (despite a break of 20 for Pete Crellin) all won for Malew 1 on home turf in Ballasalla.

Malew 2 had a chance to capitalise, therefore, and capitalise they did – Alec Oates, Tony Pring, David Quayle, Mark Quinn and Paul Bridson all won to seal a comprehensive whitewash of bottom-of-the-table hosts Port St Mary Legion.

As six weeks have passed, the Isle of Man Billiards and Snooker Association will review players' handicaps this week, so scorecards may look very different next time out.