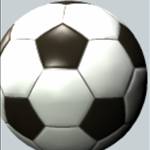 Malew caused one of the biggest shocks in Junior Cup history as they sent southern rivals Rushen United crashing out of the Ascot Hotel sponsored competition on Saturday.

Second half goals from Conrad Kumar and a long range wonder strike from JD Mitchell fired them to a memorable 2-1 victory at Clagh Vane.

Andrew Moody hit the net for Rushen but the Combination Two side - finalists in 1998 - triumphed in the preliminary round tie to spark jubilant scenes.

Malew will play St John’s in next Saturday’s first round after they saw off top flight Laxey on penalties.

The match finished 2-2 after extra-time and St John’s won 5-4 on spot-kicks.

Elsewhere, another Combination Two side knocked out a Combination One outfit as Colby ran out 2-0 winners over Corinthians.

After a goalless first half, second half goals from Harry Ludford-Brookes and a free-kick from Luke Samuels sealed a fine victory at Glen Road.

A hat-trick from substitute Gary Hills helped Onchan to a 7-1 win at Douglas and District, while Jamie Corkill and Michael Perks grabbed the goals as Michael saw off Gymns 2-0 at Balliera Road.

After Liam Connor had given Foxdale a shock lead at Glencrutchery Road, St George’s ensured their class told in a 4-1 victory, courtesy of goals from Chris Feeney, Dale Slattery and Lee Gartland.

Experience also won the day up north as battling Ramsey Youth Centre held Old Boys until half-time before second half goals from Craig Taylor, Lee Ford, Steven Tidy and Danny Doyle sealed the visitors a place in the draw.

It was one-way out west as Combination One champions Peel thrashed lowly Ronaldsway 9-1.

Two each from Chris Looney and Gary Christian and one apiece from Andy Macky, Ryan Burns, former Island captain Steven Corkill, Kevin Megson and Niall Quayle did the damage.

Steven Quirk scored the consolation for the Rockets.

Jamie Arneil (two), Ian Scott, Paul Callow, Liam Parker and Craig Dalton were on target as Ramsey won 6-0 at St Mary’s, while Jamie Joughin and Johnny Martin (two) fired Marown to a 3-2 victory over Pulrose, for whom Dale Walker and Michael Mann netted.