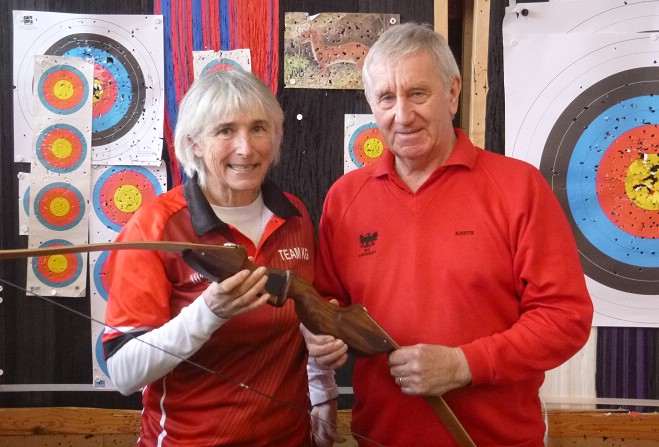 Keith Gascoigne, owner of the company, presented Lesley with a hand-made KG Phantom Bow made in the factory at Walesby, Nottinghamshire, in the heart of Robin Hood country.

KG Archery is one of the few remaining British bowyers.

Following Lesley's successes on the world stage Keith asked her if she would like to compete with it this season.

She says, 'to be recognised by someone of Keith's stature in the archery world is fantastic.

Lesley adds she has been training really hard, getting used to the bow.

Next week she will be representing England at the IFAA European Indoor Championships in Lisburn, Northern Ireland.